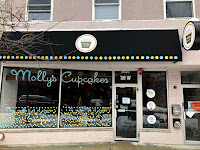 Molly's Cupcake, yes that Molly's cupcake--the Cupcake Wars TV show winning, the I'll drive into Chicago just to go to this shop, the delicious beyond belief cupcake making phenomenon has finally set up shop in Naperville. If you've not yet tried Molly's Cupcakes you're in for a treat.

The inspiration behind the name Molly's Cupcakes comes from Miss Molly, who was Johnny,  the "Chief Egg Cracker's 3rd grade teacher.  Johnny says about Miss Molly, "Whenever one of us had a birthday, she would bake us cupcakes. I still remember how good they were. She had her own special recipe for chocolate and vanilla. Just about everyone who tries them thinks they're the best cupcakes ever." 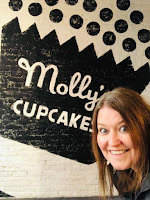 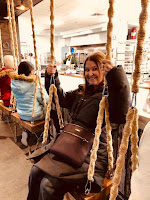 In addition to the mission of making the best cupcakes in the world, Molly's seeks to honor Miss Molly by donating a portion of their profits to the local schools in the community. So for that reason NapervilleFoodies asked Naperville teacher, Heather Howiler, to give her thoughts on her recent trip Molly's.

What was your favorite cupcake?
I loved the Ron Bennington. It was full of chocolate with crumbs of butterfingers on top. The middle was layered with peanut butter. So yummy!
What did you like about the atmosphere?
This is a great place. There is a big counter that displays the cupcakes, and towards the back there are swings where you can sit and watch the cupcakes being made.
What would you say to someone who hasn't been before?
Come hungry! 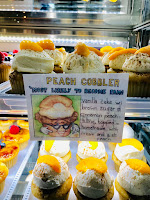 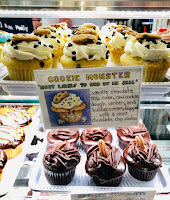 Be sure to try the Peach Cobbler--it was the cupcake that won the Cupcake Wars Contest!
"Cookie Monster" and "Chocolate Raspberry" are also favorites!

You can also Create-Your-Own 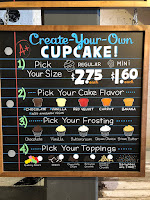 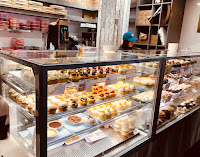 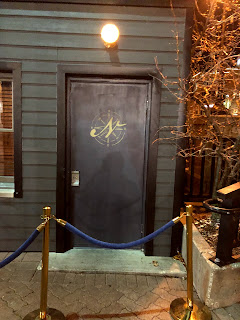 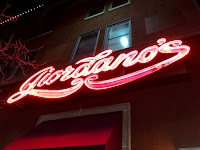